In the News: Grandparents’ Rights

What do we mean when we say “grandparents’ rights”? Grandparents may have the right to see their grandchildren. According to the Grandparent Visitation Statute, N.J.S.A. 9:2-7.1, a grandparent or a child’s sibling may an application to obtain visitation and it is their burden to prove by a preponderance of the evidence that visitation is in the child’s best interest. However, there is a high standard for them to show that the grandchildren would not be harmed if they didn’t get to see their grandparents.

When a child’s parents object to the grandparents visiting the child, the grandparents have to prove by a preponderance of the evidence that denying their application will cause harm to the child. If the grandparents meet that burden, the presumption in favor of the parental decision making is overcome, and the court may set a visitation schedule in the best interest of the child.

The Major vs. MacGuire ruling means that if grandparents do not meet this burden at first, then the court can establish a discovery period, allowing grandparents to produce proof that the child would be harmed by being kept from seeing his grandparents. This case set forth procedures that the Court should follow for case management of grandparents’ rights cases.

It’s important to note that, when we say “harmed,” we do not mean the kind of harm that would result in Child Protective Services’ involvement. Rather, we simply mean the child would be worse off because they are deprived of a continued relationship with their grandparents (more than just seeing them on birthdays and holidays).

A common situation is one where both parents work, and the grandparents babysit the child every day for several years. If the parents then divorce, and suddenly the grandparents are cut off from their stable relationship with their grandchild, it would be disruptive and harmful to the child.

Several years ago, in the Daniels vs Daniels case, the mother had a deep relationship with her child’s grandfather, but not with the grandmother (her own mother). The grandmother wanted to be able to have a relationship with her grandchild, but this mother was making it difficult. But because the grandmother was unable to prove any harm to the child (the only loss would have been seeing them on Thanksgiving and Christmas), her application was dismissed by the court.

At Cistaro Law, we are committed to helping families find solutions that preserve their important relationships. If you or someone you care about is involved in a struggle for grandparents’ rights, please contact us today. 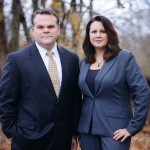