How the New Tax Law Affects Alimony Payments in NJ 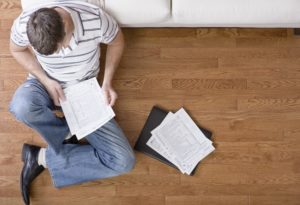 The Tax Cuts and Jobs Act passed in late 2017 and signed into law by President Trump stipulates that for all divorce agreements entered into after Dec. 31, 2018, an ex-spouse paying alimony will no longer be able to deduct it from his or her federal income taxes. The ex-spouse who receives alimony will potentially benefit since he or she will no longer have to declare alimony as income and pay taxes on it. In short, this new change in the federal tax law shifts the tax burden of alimony from the recipient to the payer.

Since the new law does not take effect until the end of the year, the practical effects are not yet known, but there are some likely problems that can arise under New Jersey law. For example: in determining alimony, a judge weighs 13 factors as specified by New Jersey law. These factors include not only income but also marital lifestyle, parental responsibilities, property distribution, tax treatment, and more.

Currently, a judge may award interim pendente lite (“pending the litigation”) support at the beginning of a divorce action to maintain the marital lifestyle. This award can require the higher wage earner to pay more than 50% of pre-tax income to support the recipient. This is justified by on the courts as a temporary order — however, in reality, it can last for years. Add this to the reality that the final alimony award typically does not deviate much from the pendente lite support amount and you have the very real concern that the payer can easily fall into tax arrears.

Some experts believe that the new law will make the already difficult divorce process even messier. Having the payer be able to deduct alimony from his or her income taxes was often a useful tool in settling cases out of court. With that tool gone at the end of this year, divorces may become more protracted. In some scenarios, couples may not be able to divorce at all without the tax benefit.

Payers may also be able to argue effectively under the new law that they are not able to afford high alimony payments without the tax break, leaving alimony recipients with less than they may have received under the old law.

If you are planning a divorce soon, we encourage you to speak with an experienced New Jersey divorce lawyer about what these changes in the tax law could mean to you, either as a payer or a recipient.

You deserve a legal team that will maintain trust, respect, and dignity throughout your divorce process, while still delivering high quality advocacy and superior outcomes. Protecting your interests and achieving results which supports your needs is what you can expect from Cistaro Law. Contact us today for your free consultation.

Why Permanent Alimony is No Longer Permanent in New Jersey
April 6, 2020

Grounds for Modification of Alimony in New Jersey
March 9, 2020

What Divorcing Women Need to Know About Alimony
September 25, 2019